One Christian's View on Gays, the Bible, and Chick-fil-A 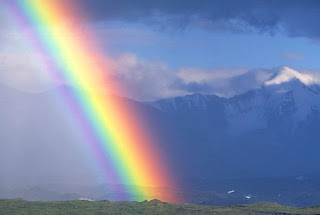 Now that most of the hubbub has settled from the Chick-fil-A versus the gays issue of a week ago, I want to add my two cents worth.

As you will recall, the President of Chick-fil-A, Dan Cathy, stated publicly that he was "guilty as charged" in support of what he called the biblical definition of marriage. Cathy also recently told an Atlanta area radio station that by supporting gay nuptials, America is "inviting God's wrath."

Not surprisingly, it started a firestorm.

The mayors of Chicago and Boston came out against having any Chick-fil-A restaurants in their cities. Mayor Lee of San Francisco even went so far as to issue a mild threat towards the company, tweeting "Closest Chick-fil-A is 40 miles away and I strongly recommend that they not try to come any closer."

So much for freedom of expression ... unless you're a mayor.

Thousands of Americans supported Mr. Cathy and Chick-fil-A's stance against gay marriage by purchasing chicken sandwiches ( and fries I presume) from the company on a day designated to support the fast food chain. Gay rights groups responded by staging "kiss ins" at various Chick-fil-A restaurants across the country.

I did not attend either. Here's why.

My feeling towards the supporters of Chick-fil-A is that most were there to cast stones at the gay community as much as to support Mr. Cathy. Had I attended, it would have been in support of Mr. Cathy's right to state his views, whether I agree with them or not, I believe he has that right.

My feelings towards the gay community's "kiss in" is that I don't want to see any couple, gay or straight, tickling each others tonsils in public. Keep it where it belongs, behind closed doors. I also believe these kinds of acts only drive the wedge deeper between the two groups.

As a practicing Christian and someone who has both friends and relatives that are gay, I've spent some time studying this issue from a Christian perspective. Here are my thoughts on the matter.

I think the first thing we have to determine is whether being gay is a choice or is it in your DNA. Did you choose to be gay, or did God create you this way?

People, gay or straight, are like water. Water, you see, always seeks the path of least resistance. Once it finds that path, that's where it flows. People are no different. Why would someone choose to be gay, knowing the difficulties it is sure to bring. You lose friends, and even risk that some family members will disown you. Many gays live lives of secrecy because of the fallout coming out of the closet might cause. Who would choose to live that way unless it was ingrained in them from birth? They wouldn't. They would seek the path of least resistance.

So, I fall in with the "gay from birth" crowd.

Now, let's take a look at the bible. To me, the bible is the story of God trying to reconcile man to Himself. He tried a man (Abraham), a nation (Israel), prophets, kings, and judges to accomplish this goal. When none of that worked, a savior was sent in Jesus the Christ. This thread is undeniable. Whether you accept the bible as a divine inspiration or not, the tapestry weaved throughout the bible is one of reconciliation.

So now we have a problem. If God created some of us with a "gay gene" if you will, and if He is truly offering reconciliation as the bible story illustrates, I have a difficult time preaching to the gay community that they are doomed to an eternity in hell. And yes, I know you can pull a few lines of scripture that condemns this lifestyle, but I think the spirit of the bible, especially the New Testament, is one of forgiveness and reconciliation. Being gay is not a conscious decision, but rather planted by the Almighty Himself. How could the One who "so loved the world that he sent his only Son, so that anyone who believes in Him will not perish but will have eternal life," (John 3:16), condemn someone for something He created? This verse sounds more like the open hand of reconciliation to me.

Perhaps we Christians might be better served to remember the next verse in John (3:17) before passing judgement, "God did not send His Son into the world to condemn it, but to save it."

Within the Christian world I belong to the Christian Church, Disciples of Christ denomination. Our denomination is known for two things; celebrating communion each and every Sunday, and welcoming any and all believers who accept that Jesus is the Savior, regardless of church affiliation or denomination, to the communion table.

Within the walls of the church I attend are more than one gay couple. They are welcome to take the bread and cup just like the rest of us and I don't have a problem with that at all. It's His table, not ours, and I can't help but believe that's the way He would want us to conduct this sacrament.

As Dennis Miller has been known to say, "That's just my opinion. I could be wrong." But, one thing of which I'm certain, it will not be me or any of the folks eating at or managing Chick-fil-A that will make that final judgement. It will be the One who created us all. And on that day, I won't be demanding justice, but rather pleading for mercy.