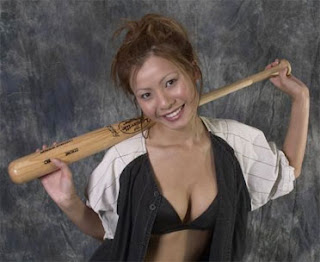 Three games on the MLB docket today that look promising.


Samuel Deduno toes the rubber for the Twins this evening, bringing with him a 3-0 record and a 0.93 ERA in his last three starts. The Tribe counters with Corey Kluber, who was clubbered by the Royals for 6 runs in 4+ innings in his only start. Minnesota is playing their best ball of the season right now, winning 7 of their last 10 games and are 6-3 versus the Indians this year. Cleveland has had a rough go of it lately, losing 10 straight games including a 14-3 drubbing last night at the hands of the Twins.


Jake Peavy throws the horsehide tonight for the Palehose. Peavy has been solid this season, sporting a 9-7 record with a 3.04 ERA. In his last start he limited the Twins to 1 run in 8 innings. The Royals send Bruce Chen to the hill. Chen has struggled in enemy territory, going 3-6 with a 6.88 ERA on the highway. He hasn't  been much better lately, going 0-1 with a 6.43 ERA in his last three starts. The Sox have won 7 of their last 10 games.