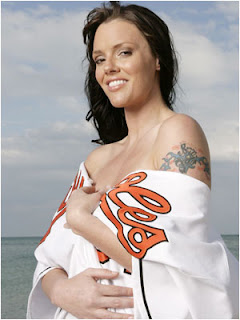 There are a couple of games on the menu today that look good.


Edwin Jackson takes the ball for the Nats in Houston tonight, bringing a 1.83 ERA in his last three starts to the dance. Dallas Keuchel starts for the Astros, and has posted a 1-4 record this season, with a 5.77 ERA. In his last four outings Keuchel is 0-4 with a hefty 10.89 ERA. He has also surrendered 6 long balls in his last 19 innings of work. Washington has won 12 of their last 16 games and are 3-1 against Houston this year. The Astros have dropped 17 of their last 19.


Bronson Arroyo toes the rubber for the Redlegs in Milwaukee tonight. In his last three outings, Arroyo is 3-0 with a 2.89 ERA. The Brew Crew counters with Yovani Gallardo, who is 1-2 with a 6.11 ERA in his last three trips to the mound. Cincy is 15-2 in their last 17 games while Milwaukee is 4-12 in their last 16. The Reds have won 7 of the 9 match ups between the two teams this season.