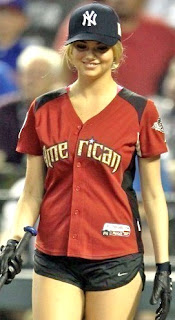 Three games on the docket today that look promising.


Matt Moore takes the ball for the Rays tonight, bringing a 2-1 record with a nifty 1.86 ERA in his last three trips to the hill. Even more impressive is his 1.74 ERA versus the Orioles. A struggling Tommy Hunter gets the nod for the O's. Hunter sports a 0-2 record with a 5.54 ERA in his last three starts. He's been even worse on the highway this season, going 1-4, 6.27.


The Giants send Ryan Vogelsong to the bump tonight against the Rockies. Vogelsong is 8-5 this year with a 2.22 ERA and has been even better lately, going 3-1, 2.03 in his last six outings. He has also fared well against the Rockies, sporting a 4-0 record and a 1.07 ERA. Colorado counters with lefthander Jonathan Sanchez, who is making his third start. Things have been a little "rockie" for him thus far, going 0-2 with an 11.88 ERA in his first two. The Giants have hit southpaws well this season, winning 21 of 32 games against portsiders. The Rockies have lost 8 of their last 10 games.


Tim Hudson will throw the first pitch for the Braves tonight against the worst team in Major League Baseball, the Houston Astros. Hudson is 10-4 with a 3.68 ERA this season and is 3-0, 3-15 in his last three starts. Houston counters with Armando Gallarraga, who has made only one start. The Braves have won 8 of their last 10 games while the Astros have won only 10 of 54 games in enemy territory.

I've decided to up my bet sizing in Astros road games. They've pretty much traded away all their major league talent as they look to the future and are basically a triple A team playing in the National League. I figure if I have to suffer through a season of watching them get pounded night after night, I might as well make a few bucks along the way.