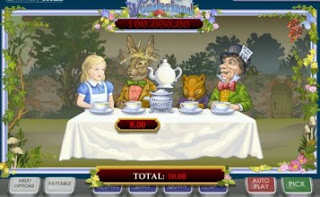 Another fun day in Vegas yesterday, although not a profitable one.

I played a little $1-2 NLHE at Ballys yesterday afternoon, dropping about $50 in three hours of play. I signed up for the 4 o'clock tournament, but there were only four of us, so we opted for a refund and I headed over to Planet Ho for their tourney.

I was about 15 minutes late, but got seated without any problems. There were a little north of 40 players, with a $1,500 first prize. I stole a couple of hands early, then won a nice pot with trip kings just before the first break, which put me slightly above the average stack.

With blinds quickly becoming a factor, I went card-dead and had to fold-fold-fold to raises. My tourney ended when I pushed pocket 7s from middle position and got looked up by pocket 9s. Good game me :(

Ms. Duck met me at Tolo, in the Planet Ho casino for a mexican food dinner. We split an order of quesadillas and both had a bowl of ckicken tortilla soup. It made for a tasty meal, although a bit pricy, costing $32 with tip.

We stopped at Harrahs on the walk back to the Venetian, and Ms. Duck saw a penny slot with an Alice in Wonderland theme and wanted to play. There were two Alice machines side by side, so we both played for about an hour. Ms. Duck turned her $20 investment into $73, and I was able to turn my $50 buy in into $131, which brought us close to even for the day. I guess you could say that we had a lot of fun for not much money, always a good thing in a Small Potatoes world :)

We were able to play at several properties yesterday, including the Venetian, Imperial Palace, Flamingo, Ballys, Paris, Planet Ho, and Harrahs. Ms. Duck hasen't toldme where we're going today, but it's her choice, so we'll see.