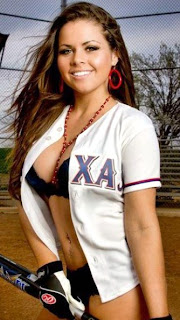 It's been a rough couple of weeks on the prognosticating front. It seems I can't even pick my nose at the moment :) When things go against you at the poker table, it's a good idea to take a break and step away from the table to let your head clear. I think that's what I'll do today, take a seat on the bench and try again tomorrow.

My Astros had the first pick in yesterday's draft and surprised everyone by taking Carlos Correa, a 17 year old shortstop from Puerto Rico. It seems to be a popular pick with the people in the know, with one even comparing him to Alex Rodriquez. Yeah, we'll see.

Here's an excerpt from Richard Justice:

When Correa accepted Astros general manager Jeff Luhnow's invitation to participate in a simulated game in Kissimmee, Fla., last week, there wasn't much the club didn't already know about him. But there were questions Luhnow still needed answered.
"I wanted to see how he handled 92-93 mph inside fastballs," Luhnow said.
Correa took 12 to 15 at-bats that day, and handled a diet of inside hard stuff. He showed a combination of discipline and power.
"He swung and missed once," Luhnow said, "and that was on a curveball out of the strike zone."

I think the best move Houston made in the off season was hiring Luhnow as their GM. He's a huge upgrade above Ed Wade and I think he'll build a competitive club in the Bayou City in the next 3-4 years. I sure hope so, it ain't no fun right now!