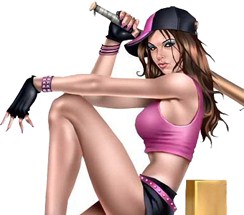 Another MLB season is in the books, with the Cardinals coming out of no where on the final turn and nosing out the Rangers at the wire to take the title.

As heartbreaking as it was to watch my second favorite team get within a strike (twice) of winning it all (gotta catch those fly balls Nellie), the news that my favorite team, the Astros, have announced that they are bringing the entire coaching staff back next year just blows. I guess 50 games under .500 is considered an acceptable season in Houston. Plus they'll be moving to the AL West within two years. Book it.

After a rough start on my picks, I was able to recover from an early $200 deficit and finish in the black to the tune of $145. That's close to a 10% ROI, which as Neo will tell you, beats a lot of stock picks over the last 6 months. Plus I kept my winning streak going for one more season.

Below is the final tally.

I hope you enjoyed following along. Thanks for reading.