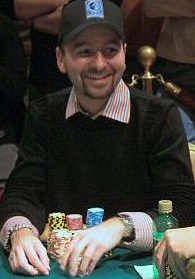 The feud between Daniel Negreanu and siblings Annie Duke and Howard Lederer have been going on for several years, so this is just the latest salvo. In a recent blog entry on his site, Daniel shared his thoughts on several subjects, but I thought his view on Annie Duke and her brother Howard Lederer were particularly entertaining. I used to think of Negreanu's digs as boorish, but now that the Professor and his cronies have stolen money from me, I now find his comments rather amusing.

Below are a few snippets.

(On electing Annie Duke to the Poker Hall of Fame)

"Later I was asked about Annie Duke's nomination. So I said something like, “For what? Robbing people at UB? Owing Russ Hamilton money and never paying him back? For stealing money from people at the poker table? For representing poker in the worst light imaginable when she was on Celebrity Apprentice? For all those things then yes."

"I have no problem with what I said. I was asked a question and answered it honestly. That family has done enough damage to poker's reputation in the public eye, and I don't think it's OK to just let these things happen without some kind of response."

"So yeah: I don't like Annie Duke, I think some of the new EPT rules suck, and I think Howard Lederer and Ray Bitar are arrogant, incompetent, idiots. That about sums it up.... man that felt good!"

"That brother and sister duo were intimately involved in the two biggest scandals in our industry."

So, how do you really feel Daniel?
Posted by Lucki Duck at 9:47 PM