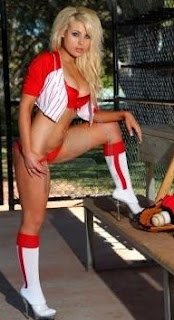 Harang is 5-2, 3.96 ERA this season on a pedestrian Padres team. Hudson is winless in his last three starts, posting a 7.47 ERA. Do I really think the Padres will win this game? Probably not, but the price I'm getting on this one as a slight dog makes it a +EV play.


Fister hasn't won many games this year, but has pitched well, sporting a nifty 3.18 ERA on the season. Arrieta has won two of his last three starts, but has a 5.74 ERA in them. The Mariners have won 8 of 10 and the Orioles have dropped three straight.


An even pitching match-up in this one, with both pitchers 1-0 with similar ERAs in their last three starts. The Brew Crew is playing some good baseball right now, going 8-2 in their last 10 games. The Redlegs, not so much, dropping 8 of 10.