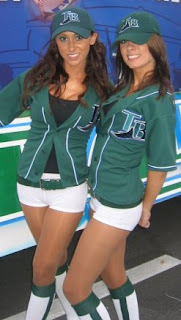 Definitely Friday the thirteenth for the blogger folks. I'm glad we're finally up and running again.

There are four games on the schedule worth looking at.


Bumgarner is winless this year. He hasn't pitched bad, but the Giants just don't score when he's on the bump. Dempster has thrown well in his last couple of starts, sporting an ERA south of two.


Carmona takes the ball for the Tribe, and is 2-0, 1.23 ERA in his last three starts. The Indians have won 14 of their last 16 at home. Fister got blasted for 14 hits in five innings of work in his last outing. The M's have dropped five in a row.


Gorzelanny is 2-0, 1.27 in his last three starts, which includes a 7 inning outing in which he limited the Fish to two hits. The Nationals have won four of their last six. Volstad has a 9+ ERA on the highway this season. A good price on the Nats.


Hellickson shut out the O's for five innings in his last trip to the hill. Guthrie is 0-2, 5.50 ERA in his last three starts. The Rays are playing as good as anyone right now.