Art Lesson- "The Course of Empire"

Sonny Boy and I headed to Ft. Worth Saturday to take a look at a traveling art exhibition at the Amon Carter Museum. Titled "The Hudson River School," the paintings were on loan from the New York Historical Society and featured over 40 works from the first half of the 19th century.

The exhibition focuses on the American landscape and how we (mankind) interact with nature. The centerpiece of the show is Thomas Cole's series of paintings, titled "The Course of Empire." Taking three years to complete (1834-1836), each of the five paintings is of the same scene, but depicts the effects of civilization over time. Below is a quote from Mr. Cole as he was considering painting this series.


A series of pictures might be painted that should illustrate the History of a natural scene, as well as be an Epitome of Man—showing the natural changes of Landscape & those effected by man in his progress from Barbarism to Civilization, to Luxury, the Vicious state or state of destruction and to the state of Ruin & Desolation.

The philosophy of my subject is drawn from the history of the past, wherein we see how nations have risen from the Savage state to that of Power & Glory & then fallen & become extinct...

For more information on this exhibit, visit Amon Carter's website by clicking here.

The works below are titled, "The Savage State," The Pastoral State," "The Consummation of Empire," "Destruction," and "Desolation."

Click here for full-sized goodness. Even the full-sized pictures do not do justice to these masterpieces. If you get the opportunity to see these, run, don't walk!
﻿﻿ 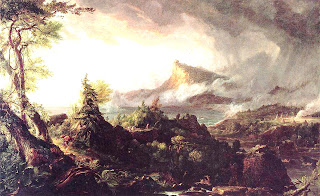 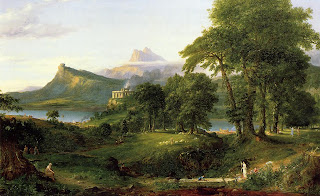 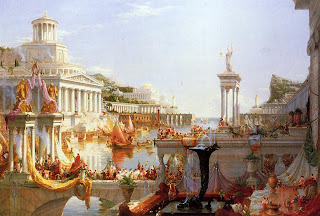 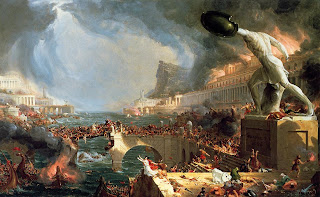 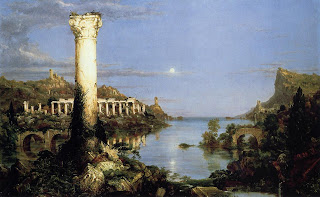