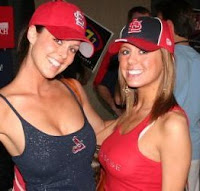 Quite a few games worth looking at on today's schedule.


Lewis is throwing well, posting a 2-1 record with a 1.17 ERA in his last three starts. The Royals have had a rough go of it lately, dropping five straight and 8 of 10.


Hudson has won two of his last three starts. The Astros' Myers is winless in his last three, with a 6.27 ERA and gave up 5 runs in 6+ innings in his last trip to the bump. The D-Backs are on fire, winning three straight and 9 of 10.


A good price on a toss-up game. Both pitchers are undefeated in their last three starts and both have ERAs below two. The O's have won five in a row. The A's have lost 7 of 10. The Birds could easily pull the upset.