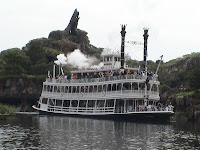 We had a new player last week, Jeremy, a friend of J-Dawg's. Jeremy seemed to be a good player, catching on quickly to some of the "unique" types of poker we play. He enjoyed it enough to show up again this week and brave the shark-infested waters known as "J-Dawgs Poker Extravaganza."

We had 10 runners when we started, but added one more when David the Cable Guy arrived about an hour into the $20 buy-in limit game.

The festivities began with Bobby Dee's awesome brisket. The man is an artist with a smoker... big ups for Bobby! Some chips on the side and a couple brownies for dessert, and we were pitching cards.

My first two starting hands were good. The first was A-Q offsuit from early position playing hold 'em. I raised hoping to thin the field. It kinda worked as I ended up with three callers. I flopped top pair and a Q on the turn gave me top two. I lead out both times and was down to heads-up with Jeremy. A king on the river didn't scare me, so I threw in a $1. Jeremy raised, I called, and he tabled K-Q for the rivered full boat.

The second hand was Omaha, and I started with A-A-K-Q with two clubs. The flop brought me the nut flush draw and an inside straight draw. Needless to say I bet out. After raising the first two hands, not everyone was interested in folding this time. Even after raising pre-flop and post-flop, I still had four hanging around for the turn. I didn't improve on the turn, but bet on the come, thinning the field to just Jeremy and myself. The river was the club that I needed, but also paired the board. As in the first hand, I bet, Jeremy raised, I called, and he tabled another rivered full boat.

After my bad start, I stormed back, cashing out for $55, a $35 profit. Jeremy won the high hand jackpot when he rivered quad sevens in Omaha. He also rivered full boats on two other hands, that luckily, I wasn't involved in, which earned him the nickname "Riverboat J."

Happy trails.
Posted by Lucki Duck at 9:50 AM