Hotter Than A Pepper Sprout! 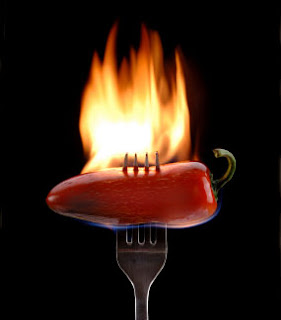 Sunday was busy, so I was only able to get in two sets (10 games). I played nine $6-18 man tourneys and decided to try one of the $3 "Step 1" tourneys. I had never played one, so I don't really know the proper strategy, but "what the heck, let's give it a shot," I thought.

I won two of the $6 tourneys, and finished second in two others. I also cashed in one or two more, finishing the day with a $123 profit.

The "Step 1" tourney wasn't a turbo, so it took longer than the rest. It was also an 18 man, with the top 10 winning another "Step 1" ticket, and the top four finishers winning a "Step 2" ticket.

Josie gave me some good advice, "You need to double up!" Gee, thanks VJ! LOL.

I did double up, twice, which is what happens when you're running "hotter than a pepper sprout," and suddenly was back in it! The table was tight as we reached the bubble, and I was able to steal quite a few blinds from the player to my immediate left, keeping my stack at a workable level. Josie and her big stack was two seats to my left, so there wasn't gonna be any stealing from her.

After a third double-up, I was in decent shape and soon after, the bubble burst and both Josie and I were moving on to a "Step 2" tourney, which just goes to show... don't mess with poker bloggers!