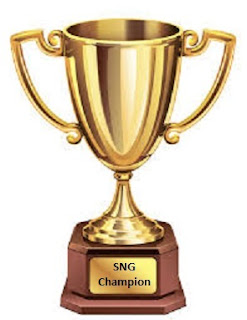 I got home early enough to play a couple sit n gos on Bovada Wednesday night, so I took advantage and registered for a $7.77 Triple Up.

Things didn't go well, as I ran my top pair, top kicker (A-K) into a set on eights and was gone in sixth place.

Since my tournament was so short, I decided to give it another go and signed up for a $3.30 SNG.

I was off to another slow start when I hit a full house on the river, only to be coolered by quads. That cost me about half of my $1,500 starting stack.

With blinds at $25/50 I peeked down at pocket eights. There was a 4X raise from middle position after an UTG limp. I had about 800 chips left and decided to push it all in to get heads-up. The raiser had been pretty loosey-goosey, so I figured at worse I was flipping and at best he might fold to my 3 bet.

Then the UTG limper called my raise. And then the original raiser called.

The UTG player showed pocket nines and the original raiser had J-J.

Sometimes it's better to be lucky than good. 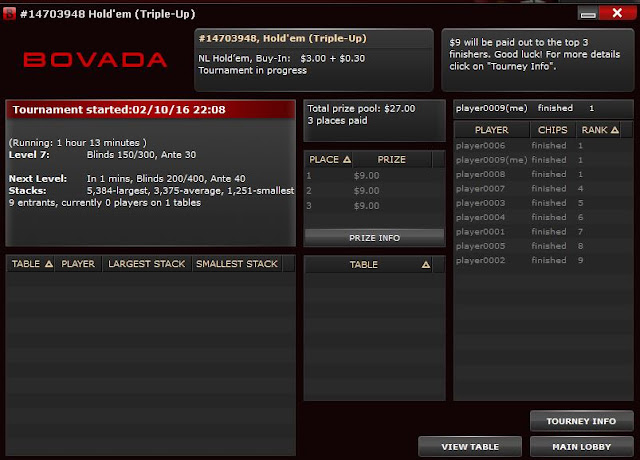