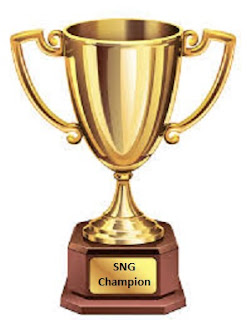 One of my goals this year for Small Potatoes is to provide more poker content. The vast majority of entries the last couple of years has been sports betting related. Not that there's anything wrong with that (after all it's in the title), but I want to get back to the main reason I started this blog, which is to write about poker.

Back to the basics if you will.

I deposited a small sum on Bovada several months ago and have played a little cash, but mostly sit and go tournaments. I decided in December to do a challenge; win 100 SNG tourneys in 2016.

It's not hard if you play a lot, but my life has gotten pretty busy, which cuts into my online poker time. That being said, I only average 5-6 online tournaments a week, so I wanted to be sure my goal was realistic. Now that I have a month under my belt, I've decided to give it a shot.

I won seven tournaments in January, a little behind the pace I need to reach 100, but not too much. I probably won't get to start my February play until Thursday, but I plan to post each time I win and write about any significant hands.

Most of my play has been the $7.70 Triple Up SNG. Below is a list of the tournaments I won last month.

I hope this challenge will create more poker content here. And maybe put a little coin in my pocket along the way :) 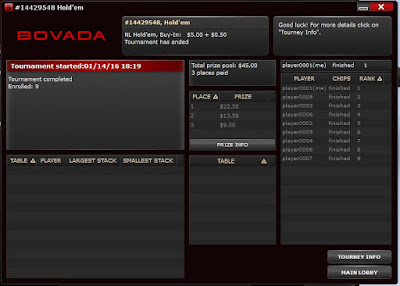 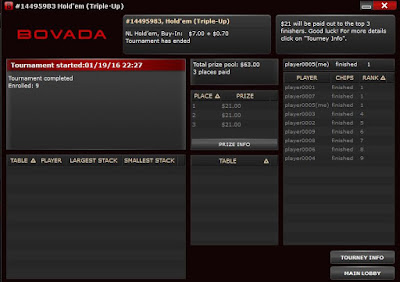 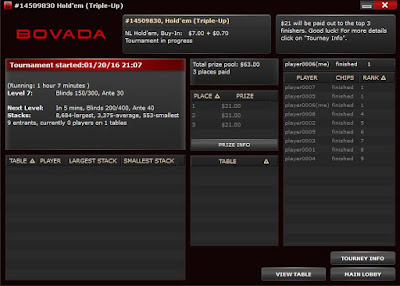 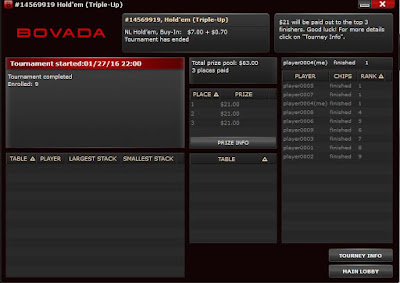 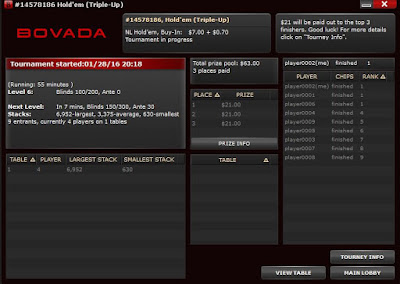 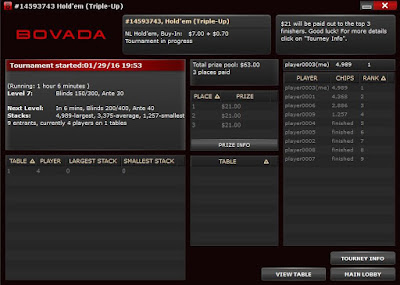 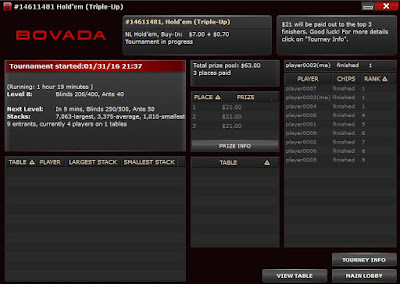