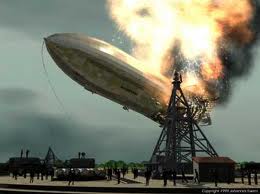 It was an ugly Sunday for most of you, with the Patriots coughing up a big luge against the Cards. I mentioned in an earlier post how bad everyone did last season, with the contest ending only 9 weeks in, but that looks pretty good right now!

I listed ggrouchie's pick incorrectly, as he went with the Bengals over Cleveland. If the Giants hadn't made a miracle comeback in the fourth quarter last weekend, the contest would be over after two weeks with ggrouchie winning. And I'd have to purchase a stinkin' Pittsburgh Steelers shirt for him. Geez!

Here are the survivors;

At least you can say you came in fifth :)

Good luck to the survivors! I'll need your picks by midnight tomorrow if you're picking the Thursday night game this week. Otherwise, your pick will be due by midnight Saturday.

Thanks for playing.
Posted by Lucki Duck at 1:19 PM