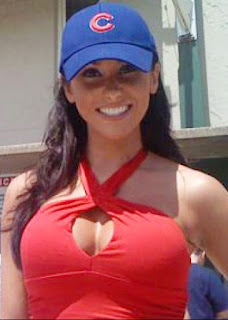 
Kevin Correia takes the ball for the Pirates today, sporting a 2.53 ERA in his last three appearances. The Astros send Fernando Abad to the hill for the third time this season. Abad is 0-2 with a 7.27 ERA in his last three outings. Houston is 14-54 on the highway this season. Pittsburgh has won 10 of 13 versus the Astros this year. Houston has lost 15 of their last 18 games.


Knuckleballer R.A. Dickey gets the nod for the Mets against Adam Wainwright and the Cards in St. Louis. Dickey is 17-4 this season and is 2-0 with a 0.78 ERA in his last three starts. Wainwright ain't been too bad himself, posting a 5-1 record with a 2.75 ERA in his last six starts. New York has won 7 of their last 10 games.