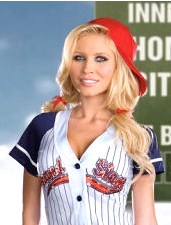 One game on the schedule today that looks promising.


In a battle of left handers by the bay, Barry Zito takes the ball for the Giants versus Jorge De La Rosa  and the Rockies. Zito is 2-0 with a 2.50 ERA in his last three starts and has only given up 1 earned run in his last 13 innings. De La Rosa is coming off an injury and is making his first start of the season. His career ERA is a little over 4 in 120+ games. San Fran has won 15 of their last 21 games and are 13-4 against the Rockies this year. The Mountain Men have dropped 12 of their last 14. The Giants are 34-16 versus southpaws while the Rockies are 13-30 against leftys.

LVH has the best price on this one.