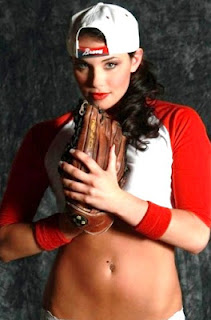 Three games on the MLB docket today that look interesting.


Chris Tillman takes the ball for the Orioles against the Red Sox in Fenway. Tillman is 8-2 with a 3.22 ERA this season and is 2-0, 1.69 in his last three starts. Boston counters with southpaw Felix Doubrount, who is 1-2 with a 5.51 ERA in his last three. Baltimore has won 6 straight and 8 of their last 10. They are also 25-15 this year versus leftys. The Red Sox have dropped 18 of their last 24. The Birds lead the season series 9-4.


Yovani Gallardo toes the rubber for a hot Brewers team today in our nation's capitol. Gallardo has thrown the pill well lately, posting a 2-0 record with a 1.83 ERA in his last three starts. The Nats hand the ball to Chein-Ming Wang, who has a 10.13 ERA in his last three trips to the bump. Milwaukee has won 24 of their last 31 games.


Kyle Lohse gets the nod for the Redbirds today at Wrigley. Lohse has a stellar 15-3 record this season, with a 3.27 ERA. In his last three outings his ERA is even lower, checking in at 1.86. The Cubs pin their hopes on Justin Germano, who brings a 2-8 record, with a 6.17 ERA to the party. St. Louis has won 5 of their last 6 games. Chicago has dropped 6 of 8.