We only had seven runners at the Tuesday night Pokerpalooza at the Duck Blind. Bobby Dee brought some burgers that he had just grilled. Add some chips and an interesting dessert and we were ready to pitch some cards.

My daughter said something about making cookies for dessert tonight. "I'll take the cookie cutter that is shaped like a dog bone. I'll cut off each end and decorate them with colored icing," she said.

"Sounds good," I answered, not really thinking about it. The results are below. 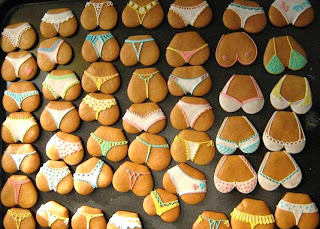 Snowman is the newest addition to our poker group, but he has been one of my closest friends for many years. He dealt blackjack as a young man in Atlantic City, but has played very little poker. We did travel to Vegas with our wives several years ago and played in a tournament together at Planet Ho. He was down to about 6 or 7 BB by the first break and I told him his poker vocabulary should be limited to two words, "All-in!"

The first decent hand he got was pocket eights (snowmen), which he pushed and doubled up. At that moment I dubbed him "Snowman" and the name stuck.

Snowman completed his second round with cancer three months ago. The cancer was in his neck, in the ear area, and traveled north near his brain. He went through a rough surgery, did the radiation and chemo, and lived to tell about it. He is currently in remission, but when I visited him when he was in the middle of his treatment, I was very concerned he was not going to survive. He was one sick puppy, so having him over to play poker tonight was very special.

As I've mentioned before "Cancer sucks," and it was a hard thing to see him go through. Linda Lou also has an interesting post on cancer.

Ray-Ray won the High Hand Jackpot with quad sixes and was the big winner of the night, walking away with a $36 profit. I was next in line with a $14 profit. Harry and Stamps broke even, Bobby and Snowman both dropped about $10 each, and Gentleman Jim took the biggest hit, losing $25.

A fun night with good friends. That's hard to beat!