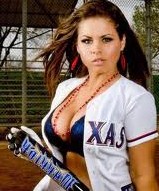 
Vargas is 3-0 with a 1.86 ERA in his last four starts, including six innings of shutout ball against Tampa Bay his last time out. Mendoza is 1-2, 3.66 in his last three trips to the bump. The Royals have lost 7 of their last 10 games. Seattle is 3-1 versus Kansas City this season.


Burnett is 11-3 with a 3.59 ERA this season and gave up only one run in seven plus innings against the Marlins in his last appearance. The Pirates are 13-1 in his last 14 starts. Luechel is 0-2, 6.60 in his last three starts and surrendered six runs in three plus innings his last outing versus the D-backs. Pittsburgh is 6-1 against the Astros this season. Houston has dropped 22 of their last 24 games.

Trust me, it's hard to be an Astros fan right now, but the new GM is doing what has to be done to make them competitive in the future. That being said, it sucks at the moment.