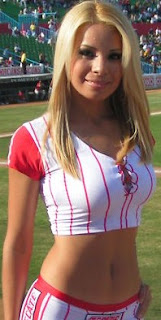 Three weeks ago it looked like all the playoff spots were wrapped up. The division titles had pretty much been decided, and both the Braves and Red Sox had a stranglehold on the wild cards. But now both teams have run into slumps and suddenly the final playoff spot in both leagues is coming down to the final day of the season.

In addition to the wild card races, Texas and Detroit are battling for the number two seed in the AL. The Rangers have a one game lead, but should they end in a tie, the Tigers win the tie-breaker and will play either the Red Sox or the Tampa Bay Rays in the ALDS. My hope is that the Rangers will hold on to the two seed and will meet a struggling Boston club who just won a one game playoff against the Rays and has messed up their pitching rotation. We'll know soon enough.

Only one game on the final day of the season that's worth a look.