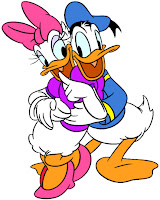 I was surprised when Annie said that they planned on hosting poker night  because she had suffered a heart attack Tuesday morning. On top of that, her husband Tin Man had two stents placed in his right leg earlier in the day.Talk about dedicated poker players :)

Ranger Rick took the lead early when he felted Bluffin' Bev when he hit a set on the flop and got Bev all-in with two pair. Annie was the next to fall, and I knocked out Tin Man when my pocket sixes held against his A-Q.

Ms. Lucki Duck toppled a short stacked Ranger Rick when he pushed from the SB with the hammer. She had beaten him twice previously, taking most of his chips, so it wasn't surprising to see her hand hold up against Rick. As a bonus, he was the bounty, so Ms. Duck collected $7 for the KO.

Philly Phanatic and I got it all-in preflop, my A-K versus Philly's pocket tens. The tens looked good until a king showed up on the river, toe-tagging Philly and leaving a heads-up match between Ms. Duck and myself.

I had a 4-1 chip lead, but did the prudent thing and offered to chop with Ms. Duck. She accepted and we both walked away happy (and still married).

Since Tin Man wasn't feeling too good, we decided to cancel the cash game and make it an early evening so he and Annie could both get some rest.

I'm hoping Tin Man and Annie both have speedy recoveries. And that goes for my Illini friend lightning, who also had a "mild" heart attack. Get well soon folks!

Till next time, win the flips.
Posted by Lucki Duck at 8:15 PM