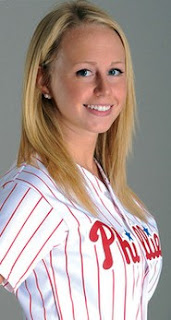 No less than eight games on the schedule that were worth a look, but I narrowed it down to the three best bets.

Nolasco has been throwing the pill well lately, posting a 2-1 record with a 0.72 ERA in his last three starts, including surrendering only 1 run in a complete game victory over Houston in his last outing. Dempster is 6-6, 5.01 ERA this season and gave up 3 runs in 5 innings against the Pirates the last time he toed the slab. The Fish have won 5 straight and the Cubs have dropped 7 of 10.

Tomlin is 10-4 this season, with a 3.81 ERA. Arrieta has won only one of his last three starts, and sports a 7.53 ERA. He gave up 4 runs in 4+ innings against the BoSox in his last outing. The Orioles have dropped 8 straight.

Karstens has won his last three starts and beat the Astros in his last outing, surrendering only 1 run in 7 innings of work. Myers has lost his last three and has a 6.23 ERA. He is also 1-5, 5.33 ERA at Minute Maid. the Astros have lost 9 of 10 as they head toward their first 100 loss season in franchise history.