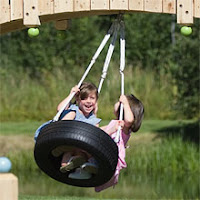 Things are looking up for me on the virtual felt. After a decent downswing, due to both bad luck and bad play (a deadly combination), I took some time and reviewed my game for leaks.

I found that I had become too loose with my opening hand selection. Gary has a couple of posts describing the same problem. I also had gotten too loose with my shoves late in the tournament. I would shove any two if opening from the SB, and I have found that the calling ranges of my opponents have widened greatly over the last year or so. What worked last year doesn't work as well now.

In addition to tightening up my game, I have also started winning my share of flips. It seems like when you're running bad it doesn't matter if you get it in good, bad, or even, you're gonna lose. The only bad beat I can recall last night happened when I open-shoved 6-6 from the SB with 5BB left. The villian snap-called with A-3 and binked an ace on the turn, bubbling me in fifth place. But I ended the night with two first place finishes and one second in eight games in the $6-18 man sit-n gos, which made for a tidy profit.

I'll probably be at it again tonight, so if your playing on Full Tilt look me up and we'll pitch a few cards.