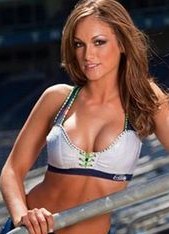 The NFL begins its second round of playoff action this weekend. Of the four games, the one I like the best is the Saints/ 49ers tilt.

The Saints have been the hottest team in the league over the last few weeks and continued their run with a dismantling of a good Detroit team. Brees and company have also covered the spread in nine consecutive games. I think they'll move the ball well enough to win by at least a touchdown.