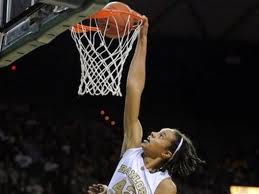 We had nine runners for J-Dawgs Poker Extravaganza. Seated to my left was Ray-Ray, followed by Stamps, Bobby Dee, Ollie the Accountant, J-Dawg, Farmer Harry, Glass Man, and Dealer Larry.

After downing some fried chicken, we started pitching cards in this $20 buy-in, dealer's choice limit game. The game moved along pretty slow because several of the players were distracted by the Baylor/ Oklahoma ladies basketball game on TV and had to be continually prompted that the action was on them.

I split a pot with Glass Man early in the evening, and find didn't pick up another pot for over an hour. I never could get over the hump and ended the night with a $14 loss.

Farmer Harry won the High Hand Jackpot with quad kings in a hand of Omaha High. He also hit quad dueces a little later. Stamps was the big winner, cashing out with a $33 profit. Glass Man had a nice stack, walking away $25 to the good and Bobby Dee won $15. Ray-Ray was the biggest loser, dropping $27, with Ollie losing $18 and I was next in line with my $14 scalping.