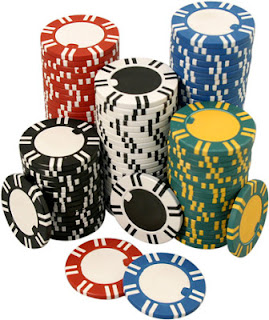 According to Buzzfeed Sports, the DOJ is taking a page out of Full Tilt's playbook and is not moving forward on payments to US poker players.

I know you're as shocked as I am that our government's word is no good. After all, politicians never lie... right? And the treasury is chocked full of money from the recent budget cuts and the increased tax revenue from the tax cuts, which has the economy on fire.

What's that? We're broke and the economy is in the crapper? Hmmm... we just may be screwed :\


According to Steven L. Kessler, an attorney based in New York City who specializes in forfeiture law and is representing high-stakes pro Adam Webb's attempt to recover nearly $59,000 in this case, it's business as usual to make seized funds difficult to recover. “Any forfeiture case is about fund-raising,” he says. “In one of its publications [the 'National Asset Forfeiture Strategic Plan 2008–2012'], the government talks about bringing in $2 billion in forfeitures and returning only $700 million.” Recouping Full Tilt funds will be “a long, drawn-out process to the point that you will need to be out five or six or seven figures for it to be worth pursuing. The system is set up so that you are discouraged from going after your money. There is the cost in terms of emotion, time, effort, and cash. You can do the claim yourself, but the discovery process will require you to show tax returns and bank statements. ... It's virtually impossible to do without an attorney. Plus, look at what you’re exposing to get back what belongs to you. You have to wonder if it will turn into a tax case.” He adds that PokerStars administering its own payment, in a simple and straightforward manner, was an anomaly. “I am surprised that they let PokerStars do it that way,” he says.