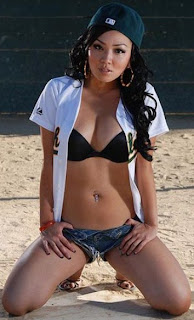 The 2012 MLB season opens Wednesday, with the Mariners and A's facing off in the Tokyodome.  Both teams will be battling it out for third place in the AL West, looking up at the Rangers and Angels by season's end.

If you're on the east coast and want to watch, you'll need to in front of your boob tube around 6am.

I usually don't start betting baseball until around May. That way I can get a feel for which teams are playing well and which pitchers are off to a hot start. Because of an article I read, written by Statmojo, I've decided to start early this season early.

Statmojo states that by betting the underdog in every game in April of last season . . . well, I'll let him tell you.

Please note that this particular month of this season was an anomaly. In April 2010 if you bet every dog you would have won 2.52 units. That being said, for blindly taking every dog every day that is still pretty good!

I'm not prepared to blindly bet every dog, but I think I'll try to stick with the mutts for the most part and see if I can take advantage of Stat's +EV observation.

For example, I'm going to pass on the opener with McCarthy opening for Oakland and Hernandez for Seattle. The A's are +$120, but Hernandez is a Cy Young winner and McCarthy had a poor spring, giving up 9 runs in 11+ innings. So taking the A's doesn't look like a good bet to me.

Thursday's game looks better, with Oakland's Colon facing Seattle's Vargas, who had a 12+ ERA this spring. I haven't seen a line yet, but if the A's are the underdogs, I'll be a buyer.

Guess we'll have to wait and see.