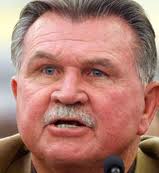 My friend Gary posted "25 Random Things About Me" and challenged other bloggers to do the same. Never one to back down from a challenge, here are my 25. Keep your hands and feet in the car at all times!

1. I have publicly displayed my artwork in a one man show.


2. Thirty-one years ago, I married a redhead with freckles and curves (eat your heart out Gary!)


4.One of my closest friends died two years ago. I knew he was sick and wonder if he might have lived had I been more insistent that he go back to his doctor. This is one of my greatest regrets.


6. I once won a "name the record store" contest. The prize was a record a day for a year and I included a logo with my entry. The store name? Soundcastle. They used my logo.


7. A Pina Colada is my favorite adult beverage.


8. One of my bosses became an assistant to Andy Beal, who is best known for playing poker against several top pros in a huge cash game described in "The Professor, the Banker, and the Suicide King." My boss is mentioned in the book.


10. I fry up the best chicken fried steak in Texas. My burgers ain't bad either.


11. I follow the Texas Rangers, but the Houston Astros are my favorite baseball team. On of my faults is that I am sometimes too loyal. This is an example.


12. I have been an elder in my church for four of the last five years. I'm glad to discuss my theology with you, but only if you ask.


13. Barry Manilow is one of my favorite singers. The only difference between you and me is that I admit it.


14. My favorite fast food restaurant is Subway. I eat there at least once a week.


16. I once won the Waco city championship. The game? Putt-Putt.


17.I am left handed. My father once said that I was the most left handed person he had ever seen. "You couldn't even pick your nose right handed," he told me. I play Putt-Putt right handed. Go figure.


18. The first football game I remember watching was the "Ice Bowl" between Dallas and Green Bay. I have been a Cowboys fan since that day.


19. I have eaten breakfast with Mike Ditka. I also sat next to Roger Staubach on the Cowboys' team bus that same day. Heady times!


21. You can mess with me, but mess with my family and there will be hell to pay. I have references.


22. I have a both a brother and grandfather that died before I was born. I'm poorer for not having known them.


23. I'm a husband to one, dad of two, a brother to two, son to one, nephew to one, first cousin to three, son in law to two, brother in law to two, uncle to seven, and great uncle to three. I love them. Every one.


24. This blog is the first thing I have written since my school days. I only wrote then because I had to.


25. I am currently painting a series of portraits featuring what I consider to be the greatest baseball players of all time. My latest is of Willie Mays. The first was Babe Ruth, which you can view by clicking here.

So there you have it. A quick view into Lucki Duck's life. Scary, huh?
Posted by Lucki Duck at 7:45 PM