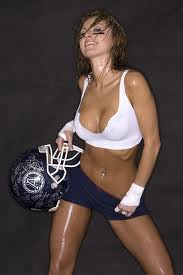 Super Bowl 46 kicks off from Indianapolis tomorrow evening with the Patriots favored by three. I think the Giants will not only cover, but will win the game outright. Plus, there's a teaser bet that I think has some value.


New England had a pretty easy schedule this season, while the Giants had one of the toughest and have fought injuries most of the year. The Pats have no pass defense and Manning has had a solid year. Manning has been a road underdog in seven playoff games and is 7-0 against the spread, winning six of them straight up. The Giants were fighting injuries (Nicks and Bradshaw were out) and were a big underdog in week 9, but beat the Pats in New England. The G-Men are healthy now. How are the Pats going to stop the stellar New York receiving corps? But, the Pats do have Tom Terrific!


The Giants front four should put enough pressure on Brady to disrupt the timing patterns of the Pats. Plus, Gronkowski will not be at 100% with his bum ankle. New England will be able to score in the twenties, but I just don't see 55 points between these two teams. I'm thinking 48-51 range.


If the Giants win the toss they will elect to receive, but the Pats quite often will defer. This means that the odds are that New England will kickoff to start the game and Stephen Gostkowski has a strong leg. Combine this with the fact that the game is indoors, in a stadium where 3 of every 4 kickoffs has resulted in a touchback,  plus the adrenaline will be flowing and I think we have a +EV situation.