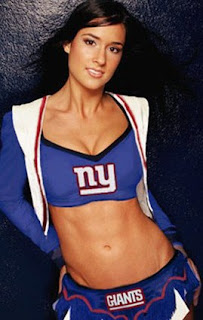 Another football season has come and gone and at the end of it I managed to add a little to the bankroll.

Once again, I was stronger with my college picks than with my NFL choices, but that's why I was willing to put a little more cash-ola on the NCAA games. There are simply bigger edges to take advantage of in the college game.

The Super Bowl was also profitable, winning both the over/under bet and the line bet for a $55 win. However, I gave $40 back on a prop bet (opening kickoff will be a touchback) for a $15 bump on the day, making my final net profit on the season $132.

Not enough to make a living, but I named this blog "Small Potatoes" for a reason : )

I didn't have a dog in this hunt, so I was rooting for an interesting game. It certainly was interesting, but I wish Brady had a little more time to work his magic on the last drive.

The ads were mostly disappointing, but I did enjoy both Doritos' ads and the Chevy pick up truck one. Also, the M&M's one was funny.

Being almost the same age as Madonna, I really appreciated all the dance moves. I got tired just watching her! I thought the act produced a lot of energy and the light show was excellent. And her exit off the stage was a nice touch. I give it a "thumbs up!"

So now we enter what I call the sporting world's "dead zone," the few weeks between the end of football season and the beginning of baseball season, where all that is available is basketball and hockey, neither of which interests me.

But pitchers and catchers report to Florida and Arizona in a couple weeks. Spring training baby!
Posted by Lucki Duck at 8:56 PM