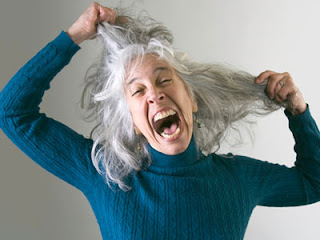 There are times in life when several different things that are causing stress all come to a head at the same time. That seems to be happening at the Duck Blind right now.

As I have mentioned on several occasions, my mother was diagnosed and treated for lung cancer at this time last year. I'll be driving her to my sister's home in Houston on Saturday. Bright and early Monday morning, she'll have her one year follow up.

As I have also mentioned, Ms. Duck has been a victim of "downsizing." Her last day after 30+ years with State Farm Insurance is tomorrow. As you can imagine, it's a very emotional time and almost like a death of someone close to you. My business will close in observance of Good Friday and I plan on spending most of it at her office, helping her move out the final items as the office is shuttered. Everyone she worked with has already moved on. It'll be a sad day.

One thing I haven't mentioned is my daughter's back issues. She's had varying amounts of pain over the last 12-18 months and has been seeing her primary care physician. I've never cared for this doctor for reasons too lengthy to get into here, and have suggested on several occasions that she needs to see a back specialist to see what's going on. Her doctor has refused to send her to a specialist, preferring to provide physical therapy in her office and collecting the insurance money. My daughter finally contacted the insurance company and they agreed to let her see a back specialist without a referral from her primary care physician. She had an MRI yesterday and is at the back specialist discussing the results as I peck away at this keyboard.

Another item on my plate that I haven't written about is that for the last 8 months, I have chaired a search and transition committee at the church I attend. We hired an interim minister last August to lead the congregation thru the transition period, preparing for a new senior minister. The previous minister had been there for 36 years, so I/we felt like we needed some time to separate from him in order to keep the new minister from being constantly compared to the old.

The search for a new senior minister began in earnest last week. It has (and will continue to) taken up a lot of my time. It is a critical decision for the future of the church and one I don't take lightly. As with any important decision, it is causing a lot of...

So that's what going on in my little corner of the world. Gotta go now, it's time for another blood pressure pill :)