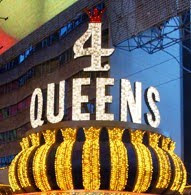 I played J-Dawgs Poker Extravaganza earlier this week. Farmer Harry brought pizza and after a few slices the cards were in the air.

Early in the evening I called an unraised pot from the button with Q-T sOOOted in a game of Omaha high. The flop was Q-Q-Q.

It's always nice to win a big pot early and get off to a good start.

My $20 buy-in had grown to $38 by the time we called it a night. Farmer Harry was the big winner, pocketing a $21 profit, with Carl taking it on the chin, cashing out for $1... I guess it could have been worse.