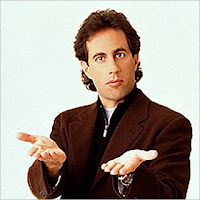 A fun time at Tin Man's $5 NLHE Tourney. We had 11 runners sit down at two tables to pitch a few cards.

Players were falling left and right early, most becoming victims of horrendous suck-outs. Play settled down for a while and an hour and a half into the tourney, we were down to four.

I was able to steal a couple pots, c-betting missed flops in position, but as we hit the bubble, both Sonny Boy and I were short-stacked, with Music Man and Lil' Annie Okie both sitting on large stacks.

Down to 3BB at $25/50 blinds, I open shoved K-T sOOOted and was called by Sonny Boy's A-J offsuit. Neither of us paired the board and Sonny Boy had me covered, so that ended my tournament play for the night.

In the $2 buy-in cash game, play was once again wild and wooley! I played TAG poker, but kept missing flops and had to re-buy a couple of times. As the time got late, most of the players left and we played four handed for the last hour. I opened up my ranges and had more success as a lagtard.

The most interesting hand of the night involved Sonny Boy and myself. Sonny Boy open limped from the SB and I popped it to 50 cents from the BB with the hammer. The flop hits me HARD, 7-2-K for bottom two. Sonny Boy bets 50 cents and I push. He only had a little over $2 in his stack and I had him covered. He insta-called and I apologized before tabling my two pair. I was certain he had called with top pair and was in trouble.

The turn was a blank, but the river paired Sonny's jack kicker, giving him the hand and the table went crazy!

"You deserved that one!" said the Philly Phanatic. Maybe. I can't believe the hammer failed me!

We called it a might soon after and I cashed out for a $5 profit, exactly my buy-in for the tournament.