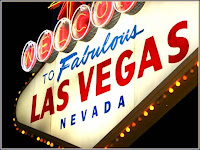 Played a little pokah at J-Dawg's earlier this week. It's a weekly game, but because of various reasons, this was only my second time to play there in the last two months. It seems that life keeps getting in the way of poker.

There were nine punters which made for a full table. David the Cable Guy was back from his tour in Germany and played for the first time in several months.

Larry the Mailman smoked a brisket, so we made BBQ sandwiches with chips on the side and cantalope for dessert. Tasty!

The bitchin' and moaning started on the second hand when I raised UTG with pocket rockets in a game of limit hold 'em. Of course, I had six callers. These guys didn't come here to fold hands! I rivered an ace, giving me a set, which beat Ray Ray's two pair.

Bobby Dee had a grip on the high hand jackpot when he hit quad 9's in an Omaha high hand. It didn't hold though. Farmer Harry rivered quad aces in another Omaha hand and took down the HHJ for 14 big ones!

I never really hit a big hand, but I got paid nicely on the ones I was in and cashed out for $40, doubling my buy in.

I'm up a little over $200 since I started my three tabling experiment on Full Tilt a few weeks ago. So far, so good.

Heading for Vegas for a few days this Saturday, so I won't be posting for a week or so, but I should have some interesting stories when I get back.

Happy trails!
Posted by Lucki Duck at 9:03 AM