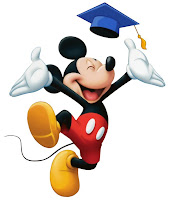 A short night at the Very Josie Tourney, but still alot of fun!

I started okay, but things went downhill when I switched tables. I lost over half my stack with A-A, when Coop rivered a straight. I bet all the way, but couldn't shake him. He checked his rivered straight (pretty sneaky Coop), but I didn't fall into his trap and checked behind.

I was gone by the time Coop and Waffles got into a hand that, apparently, Coop sucked out to win. Waffles went ballistic and Coop decided he had had enough and has disappeared like the real DB Cooper. I hope he will reconsider because I really enjoy his posts, and I hate to lose one of the "old guys."

My final hand was T-T. I raised and was reraised (don't remember the name). I called, knowing that if there were no overcards, I would shove. Flop was 6 high, I shoved and was insta-called by A-A. I didn't improve and was felted in 13th.

Even though it was a short night, here's a big shout-out to Josie for hosting the tourney. I'll get 'em next month!

I played another $10-18 man tourney (no knockout) and shipped it for $72, so it was a profitable night overall.

In non-poker news, my son graduates from high school tomorrow evening. It sure went by fast! Big ups to him for a great accomplishment and good luck as he begins his college career. The bad news is that I now have two in college. The 'ole wallet is going "OUCH!"