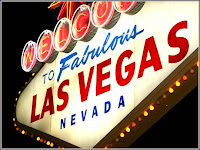 It seems like some of my favorite bloggers have been writing about bad beats this week. I also joined the whine-fest by including a couple hands I played the other night on Full Tilt.

Now I want to tell you of my all-time worst beat.

It was a warm summer night in Las Vegas several years ago. I was sitting at a $2-4 limit hold-em game at the Plaza, playing some cards, visiting and enjoying a few adult beverages. Sitting in early position, I looked down at pocket threes and called. As is the norm in a low-limit game, there were several limpers before the button raised. Everyone called and we saw a flop of 7c,3d,6c. I bet my set and got a couple of calls, including the pre-flop button raiser.

The turn was the 8h. Once again, I bet my set and it was folded to the button, who raised. I put him on either an over pair or a set of eights and called.

The river was the case three, giving me quads. I bet $4 and the villain raised to $8. I now had him solidly on pocket eights and betting his full house, which was no good. I was absolutely giddy and re-raised to $12.

The dealer then announced that because we were heads-up, there was no cap on betting.

Villain raised again and we went back and forth for quite some time until we had around $200 in the pot. When he finally just called, I knew I had him and tabled my quad threes.

He looked at my hand, then slow-rolled the 4c,5c. Did I forget to mention that the case 3 was a club, giving him a straight flush?

Oh crap! You could hear the whole table go "Oooooohhh."

There could have been a dinosaur walk in the Plaza and take a dump on my shoes and I wouldn't have been more shocked than I was to lose that hand.

In poker lingo, pocket twos are known as "ducks." At the local games I play, in my honor, "ducks" are pocket threes.

There was a happy ending though. I did win a $25 high hand jackpot!
Posted by Lucki Duck at 7:47 PM