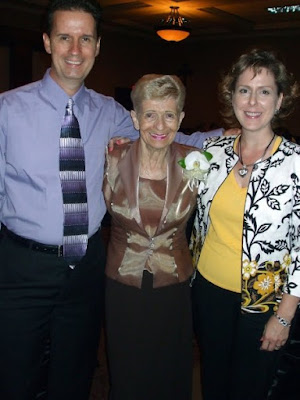 Things have not gone well with my mother during her hospital stay.

As you recall, she was admitted on Saturday for fluid build up around her right lung. The doctors administered the same "clot-busting" drug used for stroke patients directly into the catheter that we had been using to drain fluid over the past four months.

One of the side effects of the drug is that it can cause some internal bleeding. Unfortunately, that is exactly what happened.

Yesterday the doctor inserted a pic line to enable them to administer the antibiotics more efficiently. He also removed the catheter, which he thought was the source of infection and replaced with a large chest tube. The tube is connected to a small pump which keeps a continuous suction and helps remove fluid from the chest cavity. The doctor told us that they removed "a lot" of blood and fluid from the chest cavity.

There is a staph infection in the chest cavity that has spread into the blood stream. The current hope is that the medicine will kill the staph and then we will see what the next step is. If the meds don't work, surgery is the next (and last) step. I don't think any of us feel she would survive a major surgery.

When asked if infection from the catheter is a common problem, the doctor replied that it does happen, but only with patients that had it inserted for a long period of time. When told hers had been in for four months, he stated that most patients that have the catheter don't live that long.

That was an eye opener for us.

He also said her "best case" scenario for survival is two months, and he doesn't know what her quality of life will be.

That's where we are at present.