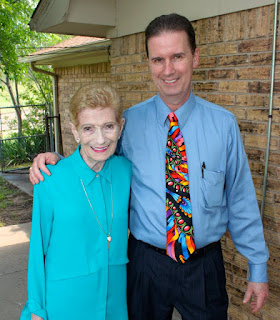 It's been a while since I have updated my mother's condition.

As you may remember, she received what is known as a "Denver Catheter" several months ago. This was to enable us to drain fluid from the lining of her lung. This worked well and kept her from having to go to the doctor and have it removed every few days. Over this time period however, the fluid would thicken, making it difficult to remove thru the small plastic tube inserted in the area between her lung and the lining that surrounds it.

She began running a fever early last week and the fear is that the catheter has caused an infection. We checked her into a local hospital Saturday. The lung doc decided to introduce a "clot buster" drug that is used for stroke patients. The drug was administered thru her catheter tube with the goal of thinning the fluid enough to remove it and test for infection.

The extra fluid made it very difficult for Mom to breath, but the protocol was for it to remain for at least four hours in order for it to do its work. She moaned and groaned for hours as her heart rate skyrocketed to 160-170. It was a difficult afternoon for all of us.

After 4 1/2 hours the doctor returned and was able to get 350ml of fluid, which was a good sign. The fluid has a lot of blood in it, but he said it was because of the drug. Once the fluid was remover, her breathing improved and she was much more comfortable.

He did the same procedure yesterday, but her discomfort level was much less the second time. Once again there was 350ml drained.

Her heart rate is currently in the normal range, but her heart is still working hard, beating around 95 times per minute and they are having a difficult time getting her heart in sinus rhythm.

Her condition is uncertain on this Labor Day. She hasn't eaten hardly anything the last couple days, but is still taking liquids. She's very weak and hasn't been able to walk since we took her to the hospital.

Any prayers, good thoughts, or positive karma pointed towards central Texas will be appreciated.