The "Counselor" and his family moved into the house across the street from us 15 years ago. The only similarity between our two homes is the location. The Counselor's home is the showplace of our neighborhood. At approximately 9,000 square feet, it is three times the size of our humble abode.

Our neighbor had been both a corporate attorney and also had a private practice. Currently, he practices on a part-time basis and also is a partner in a local gun shop. In addition, he owns an 1,100 acre ranch in the Texas hill country where he raises exotic animals such as axis and red stag deer.

The Counselor's wife attended a garage sale we hosted last summer, and mentioned that he likes to play poker. She also commented that he noticed I hosted a game every week at our home. I took it as an obvious hint that he would like an invitation.

I wasn't sure if he knew what he would be getting into, so the invitation never came. We play a dealer's choice, limit game. The buy-in is only $20 and the blinds are 25 and 50 cents, so I didn't think our game would be big enough to keep his interest. Additionally, some of the games we play are closer to bingo with cards than they are to poker. Games such as "The Magnificent Seven," "Tic-Tac-Toe," and "Nuclear Omaha" weren't being dealt at the Bellagio the last time I checked.

Traveling home from work three weeks ago, I noticed a Hummer follow me into my driveway. The Counselor strolled up as I stepped out of my truck and invited me to a game he was hosting on the 29th of the month. I told him I would have to check my schedule (which was in my office) and let him know. It so happened that I was hosting our "Pokerpalooza" that night and I knew we had an open seat, so I extended an invitation. 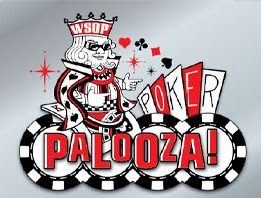 The Counselor accepted and within a couple hours was seated at the table with a bottle of scotch and a twenty dollar bill. After getting over the shock of some of our "poker" games, he relaxed and fit in well with the rest of the group. We invited him back to our game the following week, and at the end of the evening he invited all of us to his game on the 29th.

He explained it was a $100 minimum buy-in, with fifty cent- one dollar antes. It was a spread limit game, with a $10 maximum bet and no more than three raises per betting round. I didn't have anything planned, so I accepted. J-Dawg mentioned he might come if he could get a kitchen pass, but everyone else already had plans. As it turned out, J-Dawg couldn't get his pass, so I was the only player from my home game that showed.

The Counselor had a nice spread of food that was shared before we started pitching cards. I had several meatballs that were made from axis deer and a couple tasty red stag deer sausage links. Add some fruit salad and a slice of chocolate pie, and I was ready to get started.

We had seven players at the beginning of the evening, with most buying in for the $100 minimum, but two players bought $200 worth of chips.

I lost $15 on the first hand in which I was involved, but made it back quickly a few hands later, winning a $45 pot. I also won the largest pot of the night, one totaling almost $200.

I was dealing and the game was Hi-Lo Omaha. As I lifted the corner of each card, I saw 3c-4c-9s-10s. There were no raises, so I tossed in four bits for the call.

The flop was Qd-8s-7s, giving me a straight flush draw. Tom, who was the small blind and had played tight all evening, led out for $5. There were three calls before it got to me and I decided to join the party, knowing that if I hit my magic card it would be a huge payoff.

The turn was the Qh and Tom tossed in the maximum $10 bet. Johnny, who had been a calling station all night, tossed in ten and I did likewise with everyone else folding.

The magic card hit on the river when the Js appeared.

Tom tossed in $10 and Johnny came along. I raised my straight flush another $10 then Tom four bet an additional $10. Ever the stubborn one, Johnny hem-hawed a while before making the call. I made the final raise, getting called by Tom, but Johnny finally figured out his hand was no good and folded. He claimed to have pocket jacks, which gave him jacks full. I don't have any reason to doubt him, but I don't know how you fold a full house with the pot odds he was getting.

Tom had horrible luck the entire evening and figured he had finally broken the curse with his pocket queens. I quickly tabled my straight flush and commented that it just wasn't his night.

Tom hung around for a couple more orbits, but finally busted out and elected not to re-buy.

When the final cards were tossed, I cashed out with $193.

Good food, good fun, and winning a big pot with a straight flush. It's hard to beat an evening like that.