The Art of the Deal 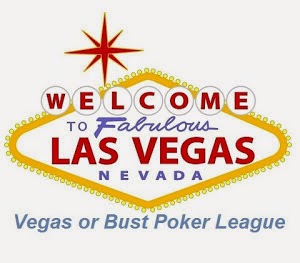 As you you may recall (and if not, you can read about it HERE) Stamps and I finished tied for second place in our Vegas or Bust Poker League. The top two finishers in the standings win a seat to the WSOP this summer at the Rio.

We had several options on settling the tie. One was to play heads up for all the marbles, which neither of us wanted to do. Another was for both of us to go, but take care of most of the hotel and plane cost out of our own pocket. The third scenario was the one we chose.

Stamps won a seat in the first year of the league and did poorly at the World Series, busting in the first couple hours of play.

"I've been and don't really have a desire to go back," he said. "Why don't you let me take a cash payout and you go," he continued.

Stamps threw out a number and the negotiation started. However, this one was a little different. I thought the payout he wanted was too low. He thought my offer was too high. Go figure! We went back and forth for a week and finally settled on a number with which we could both live.

So, for the third year in a row,  I will get the opportunity to play in the WSOP! Ms. Duck and I will fly from Austin sometime in June. As soon as we decide on a firm date I'll let you know. Hopefully, some of you will be in town and we'll get a chance to visit.