Hoping to start 2015 better than we ended 2014,  our first scratch-off lottery ticket this year is titled "Caesars." Of course, it is illegal for Caesars to have a casino in the great state of Texas, but the guv'mnt runs the numbers game in the state, so it's okay :) 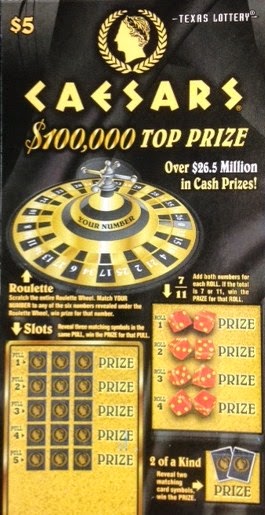 The object of roulette on our ticket is to match our number with any of the six numbers revealed on the wheel. If we match we win the amount posted for that number.

Let's get out our lucky quarter and start scratching.

Looks like nine is our number on the roulette game and thus far we have missed the first three numbers. 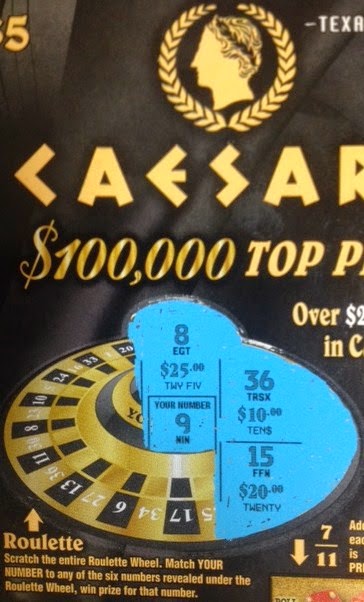 Let's take a gander at the other three. 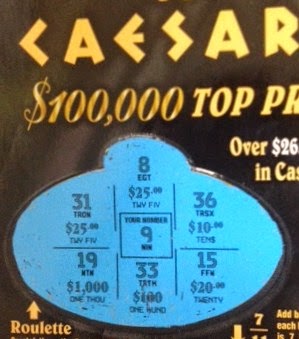 Well, that sucked. It's common knowledge that roulette is one of the worst table games in the casino. I guess that applies to scratch-off tickets too.

On to slots! The object here is to match three symbols across and win that prize. Let's take a look. Where's that lucky quarter? 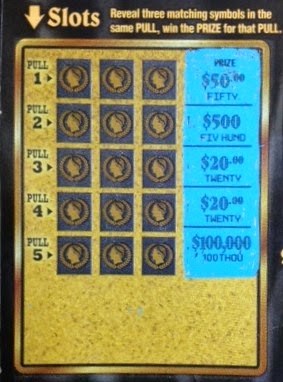 We've got a couple of nice prizes. Hopefully, we can match some symbols and collect. Especially the fifth line! 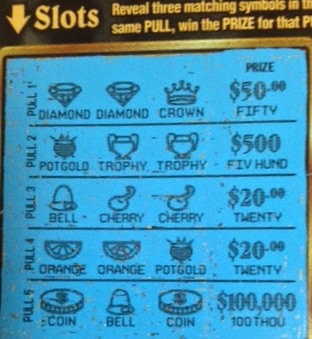 Whiffed on the slots. Just like when I'm playing at a Caesars property :)

Craps is next on the list. Seven come 11! Baby needs a new pair of shoes! The object is for the dice to add up to 7 or 11. If they do, then we win that prize. Here we go! 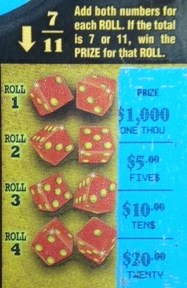 One pretty good sized prize, but the other three are "meh." However, it'd be nice to win something. 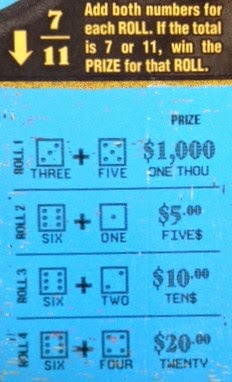 Our final game is poker. Maybe you've heard of it. The goal is to scratch-off a pair. Even Rob would like pocket Kings here! 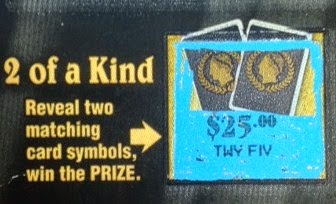 The prize amount is $25. Not life changing, but I certainly wouldn't turn my nose up to it. 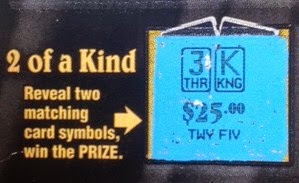 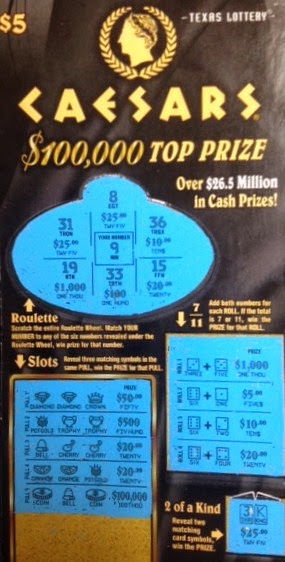 Oh well, at least it wasn't a losing ticket.