One of the items Ms. Duck and I sell in our sideline business are slot machines. The problem with that is the public considers you an instant expert on slot machine repair. Adding to that is the fact that no one repairs these machines in our area, so I get a fair amount of calls, mostly from folks who have purchased their machine from someone else. Many have bought them in Vegas while on vacation.

I received one such call from a local last week. Although I had not sold him his "Haywire" slot, a friend had told him that I worked on slot machines. The problem was that his machine had stopped taking quarters and seemed to be "locked up." 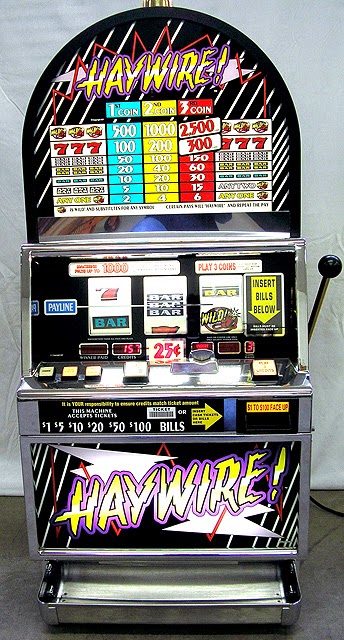 We've sold slots for a number of years and I have picked up a few tidbits on how to get a machine up and running, if it's a relatively easy fix. When I arrived at the gentleman's home and powered up the slot, it showed a "Code 12," which indicated a low battery on the mother board.

Ahh, something I could actually fix!

I pulled the board and brought it home to replace the battery. While working on it, I took a few pictures and thought you might like to see what the "brains" of a one-armed bandit looks like. 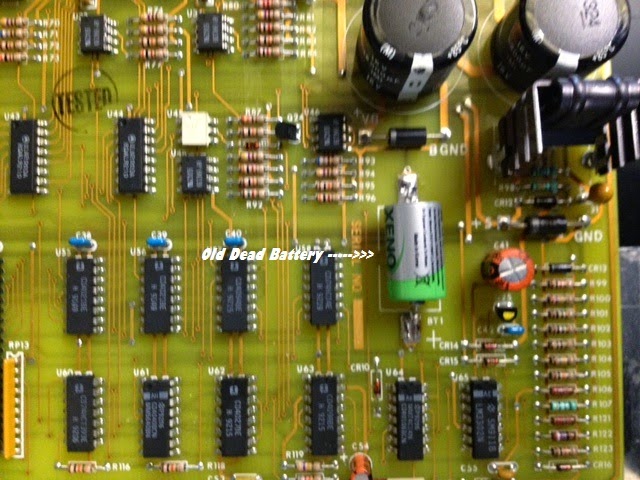 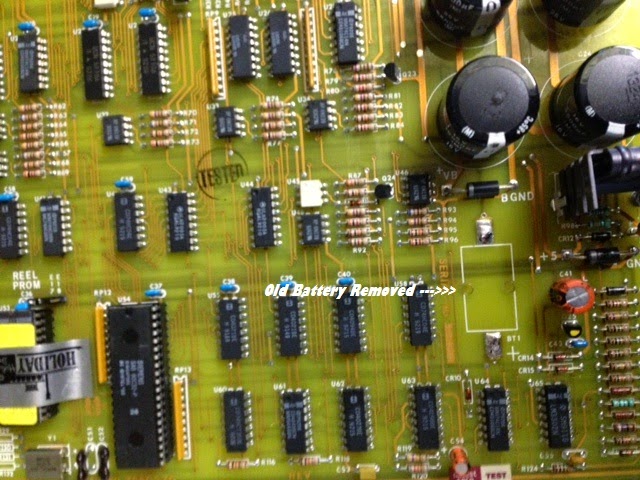 After I soldered the new battery onto the board, I took it back to the client's home, plugged it in, and fired it up.

Over the years of selling, repairing, and playing slots, I've learned not to play them in casinos. There's a reason there are so many on a casino floor. It's a huge money-maker for the properties.

So now you know, if you're going to make any money at slots, buy and sell them. Putting money in them is an act of futility :)