Today's entry is titled "Cash Machine." Let's hope it is. 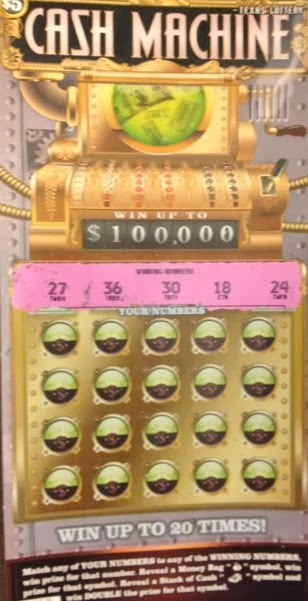 The prizes varied from $5 to $1,000 on the first two lines of the ticket, and as has been our wont, we whiffed on all the numbers. After not winning anything on our first two tickets, and now half of this one, I'd say we're due to hit something. 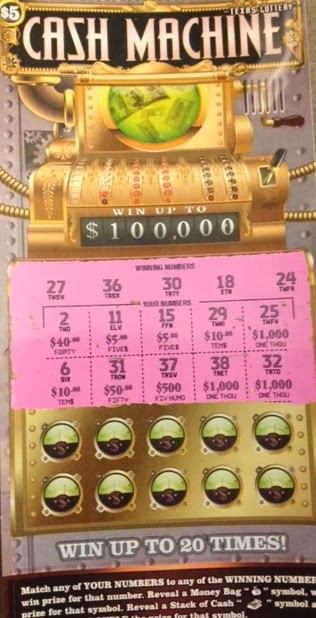 The third line included the big one... $100K, but our number didn't match. We also missed on the other four prizes on the line, so now we're one line away from losing our five bucks.

We got another shot at the big prize on the last line, plus a couple chances at $500. Not bad if you can hit one of them, which we can't. So after buying three straight losing tickets in our little experiment, the math (3.3 to 1) indicates that the next one should be a winner :)

Unfortunately for us, "Cash Machine" turned out to be exactly that... for the state of Texas.