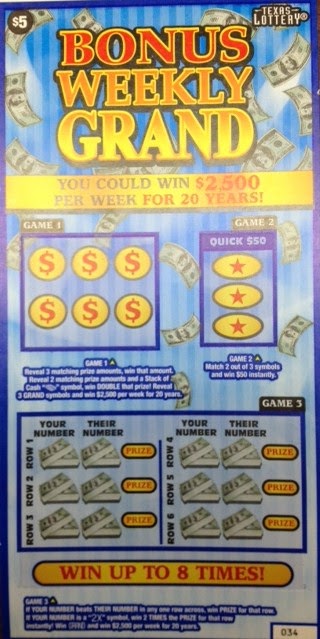 Our fourth ticket in our chronicle series is titled "Bonus Weekly Grand." The ticket has three separate games, with the top prize of $2.500 per week for 20 years. Nice!

Odds of winning a prize on the ticket is about 4-1 against, but I'm due. So, with crossed fingers, here we go!

The object of Game 1 is to have three matching prize amounts and you win that prize. Should you get two matches, plus a "Stack of Cash" symbol, you win double the prize amount. Reveal three "GRAND" symbols and you win the big one, $2,500 a week for 20 years.

As you can see, nothing matches on the top row. Hopefully the bottom row will bring a pleasant surprise. 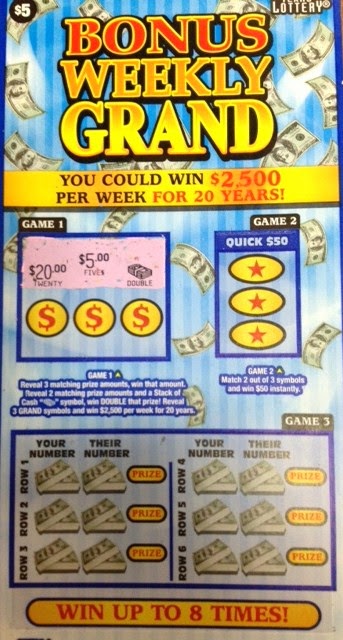 The bottom row brings no relief as nothing matches.

The second game is simple. Match two of the three symbols and you win $50 "instantly." I'm really hoping to win this one just to see a $50 bill magically appear in my hand..."instantly." 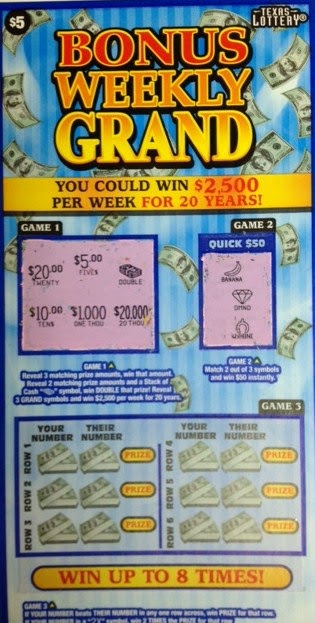 Well, it looks like my fifty bucks will appear in someone else's hand.

The third and final game on our ticket today is similar to the card game "Battle" or "War." If our number is higher than their number, we win that prize. Should a "2X" symbol appear, we double our prize. Finally, if the prize we win is marked "GRAND," then we win the grand prize, which is $2,500 a week for 20 years. 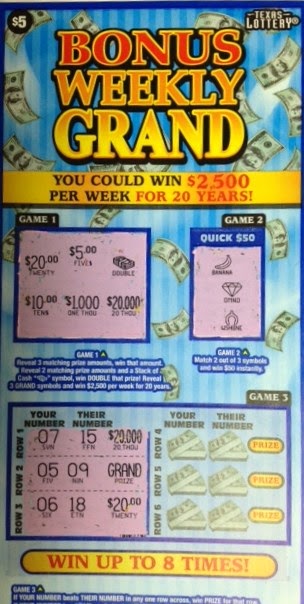 After scratching off the left side of the ticket, it looks like we whiffed again, so now we're down to our final three lines.

Things can only get better...or stay the same :) 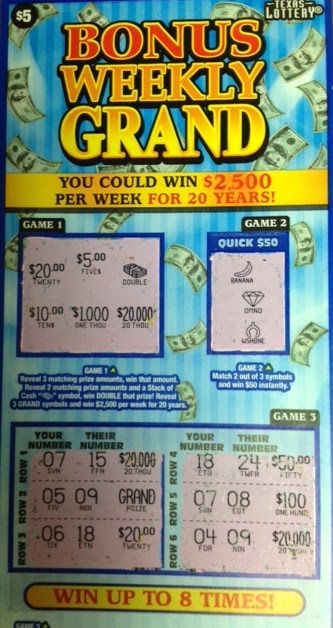 Looks like another swing and a miss on the right side of the ticket.

Strike three. And we're out.

Look on the bright side though, that's a big amount of money we didn't win!