Let Me Count The Bites 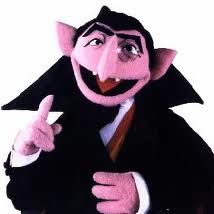 Since we left our car at the Mirage the night before, Ms. Duck and I hoofed it there from the Venetian, grabbed our horseless carriage, and headed for Planet Ho.

We had a gift card to PF Changs, which is located in the Planet Ho casino, and opted for a couple egg rolls and a bowl of beef and chicken lo mein for lunch. Plus, we were able to watch some of the Baylor men's basketball game on the boob tube while we ate.

We hadn't walked the strip much, so we decided to take a stroll and see the sights. While walking, we stopped in Paris for about an hour and played, then headed back to our car at Planet Ho.

If you've walked the strip, you're aware of the actors that are dressed like famous movie characters. You might see Mickey and Minnie Mouse, Storm Troopers and Darth Vader of Star Wars fame, Woody and Buzz Lightyear, etc. In fact, we saw Mickey and Minnie with their heads removed, sucking down a cold one! I know ol' Walt would appreciate that!

The funniest scene happened on one of the overpass crossovers. As is quite common, this particular crossover had a couple of men that were begging for money. One of them had a reasonably large dog with him, which was his pet. The pooch seemed to be mild mannered until Bert, Ernie, and the Count of Sesame Street fame came strolling along in full costume.

The dog went ballistic! Apparently, he wasn't a fan.

The dog owner was holding on for dear life, trying to keep his dog from having the "Sesame Trio" for dinner. As for Bert, Ernie, and the Count, let's just say they had a spring in their step!

Once we got back to the car, we drove to the Ellis Island Casino, only a couple blocks away, to enjoy their $7.99 steak dinner. For those of you that don't know about the special, for $7.99 you get a 10 ounce sirloin, potato, green beans, salad, and a beer. Good eats! But, it's not on the menu and you have to ask for the steak special.

After dinner, we headed back to the Venetian to pack for our morning flight to Dallas and then on to Waco. We opted for an earlier flight in order for me to make the monthly tournament of our local poker league, scheduled to start at seven.

Our plane left about 30 minutes late from Vegas, but we had a 90 minute layover in Big D, so I wasn't too concerned. We arrived about 15 minutes late, but then our flight to Waco was delayed for 25 minutes. Now I was concerned! Our flight was due to arrive in Waco at six, which gave me just a few minutes to spare. With the delay, we didn't land until 6:30, and then had to get our bag (assuming American hadn't lost it).

I knew I wasn't going to make it in time for the first hand, but as long as I was in my seat before the end of the third blind level, I would be allowed to play. As it turned out, I only missed one round of blinds. To make things even better, my first hand was A-K. I had two limpers in front of me, so I raised it 4x the BB. The Q-T-4 flop missed me. J-Dawg bet $30, which gave me good enough odds to draw to my two overs + gut shot. I called, and the rest of the field folded. A blank on the turn produced a check by J-Dawg, and I did likewise. I binked the river when the J completed my straight. J-Dawg checked and I bet $60, less than 1/2 pot, but didn't get the desired call. But I more than made up for my lost blinds and was in decent shape to make a run at a second consecutive tournament win.

I'll write a post on the rest of the tournament in the next day or two.

All in all, another great trip to Vegas! Time to start planning for the next one : )